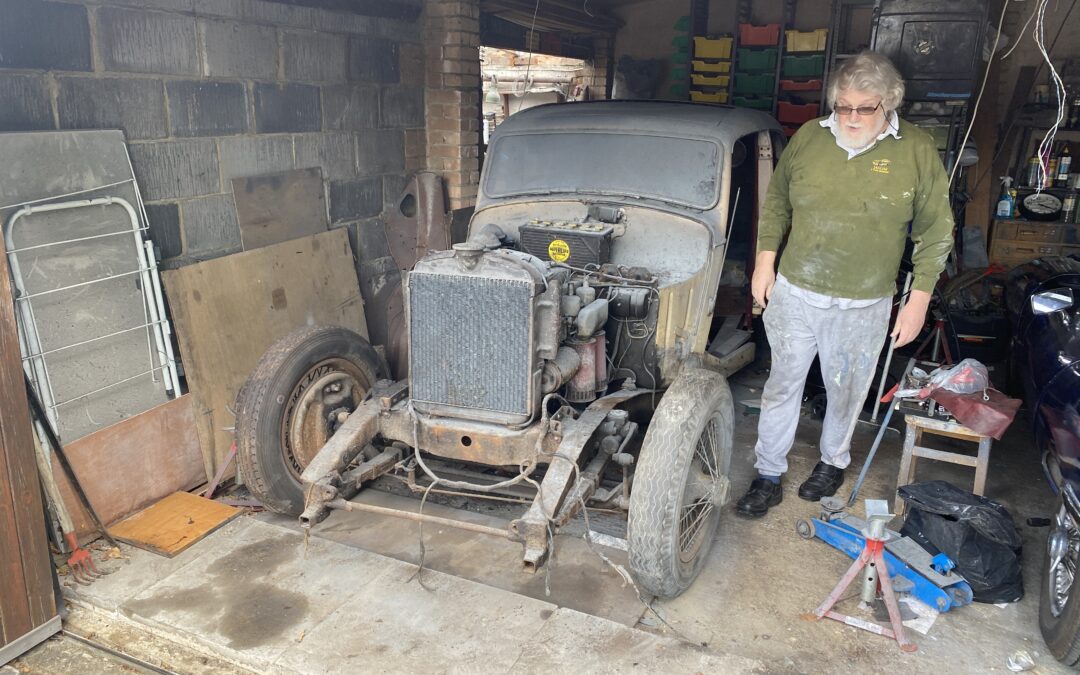 I cant tell you how much I was looking forward to the day when we transported the car from Steve’s garage to mine so that the restoration of this super elegant car could start. The tyres were pumped up and would hopefully hold air long enough for the half hour journey and the physical push into the garage. Clive backed his transporter up to the garage, connected the winch to a chassis cross member and simply pulled the car onto the transporter requiring next to no involvement from us. Whilst Clive was securing the car, we took advantage of the time to look around the garage for other large parts that we had not moved previously and surprisingly we found quite a lot; the rear bumper was leaning up against the wall (hurrah – found it!) plus the tool tray lid that fits into the boot and a few other parts that all of a sudden filled up my car again.

Transporting of the car was no real problem, nor was unloading it. The harder part was manoeuvring the heavy car into my drive way – the steering is very stiff after so many years in storage and it has the turning circle of a battleship so it took some effort to turn it the 90 degrees into the drive at which point one of the wheels fell off (literally). Steve had managed to find the original brass wheel spinners but had neglected to fit one of them so the wheel worked its way off the splines. That set Steve to scratching his head because he was sure he had fitted them all and I was slightly worried because I thought I now had to find another spinner. Whilst I went to get a jack from the garage to refit the wheel, there was a hurrah from Steve – the errant spinner was sitting on the remains of a shelf in the (very open) boot area. It had sat there throughout the whole journey and we were very lucky that it had not slid off the car and got lost during the journey.

The hard part now commenced – pushing it into the garage. Clive very kindly lent us a hand so between the three of us we moved the car to face into the garage but the short ramp into the garage defeated us. Luckily I had planned for this event and fitted an electric winch into the back of the garage so we merely had to connect the cable and press a button and the car was wound inside. So that is it – I have a MKIV Jaguar sitting in my garage now and the fun can begin. 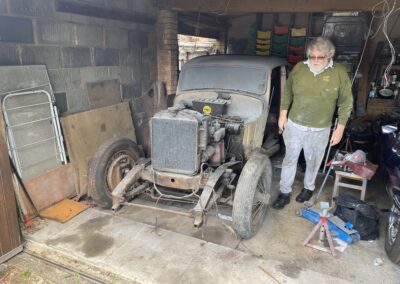 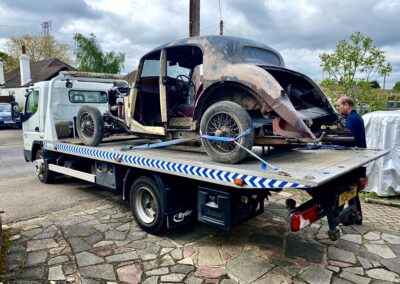 Its on its way 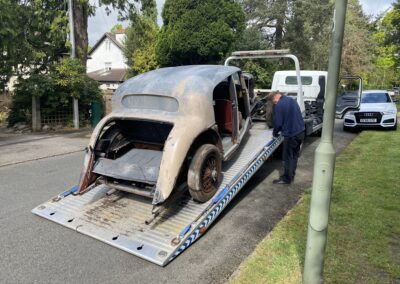 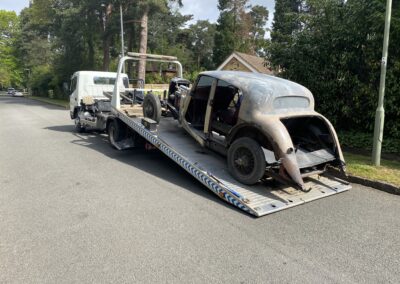 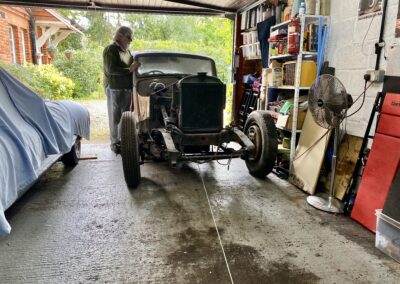 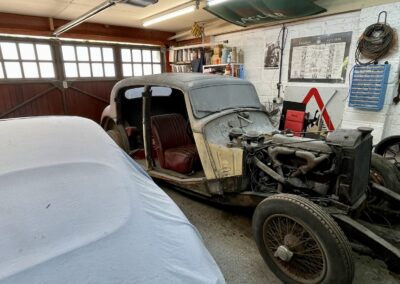