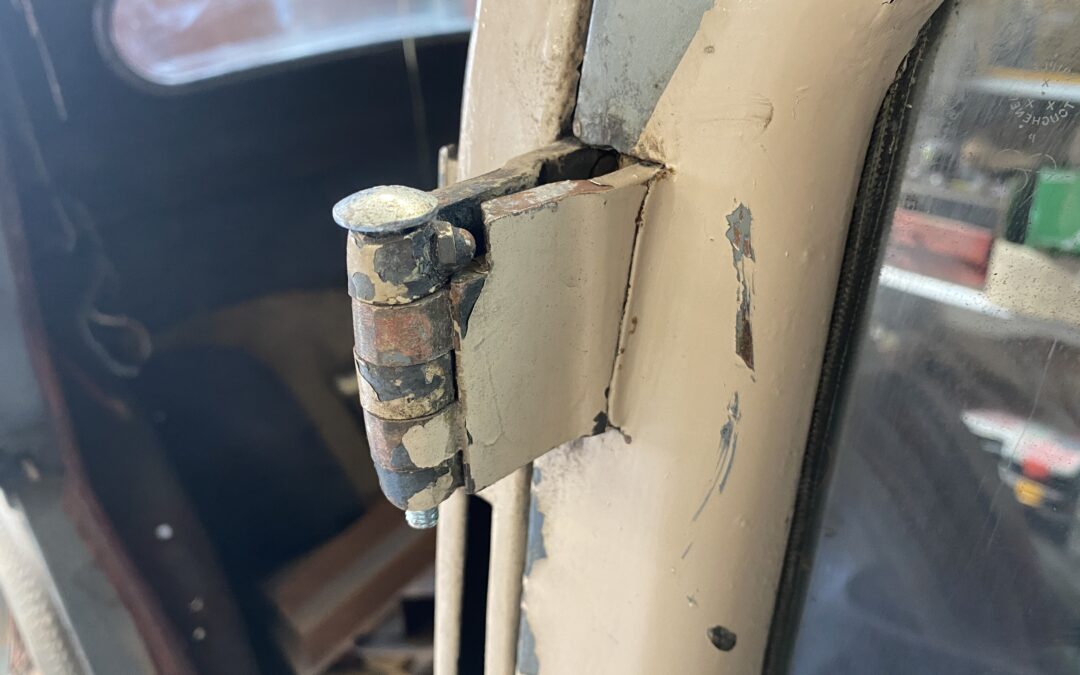 I had not really intend to fit the doors until much later, but I needed to know where the inside edges were to ensure that when I weld in the rocker panels (door sills) the door does not hit them and *not* close. So I thought I could fit the door, take a few measurements and then crack on with the rocker panel.

The old school trick of heating seized components to break the corrosion grip loosened 3 of the 4 screws leaving me with one to drill out. This has to be done carefully and patiently so the drill does not remove the thread from the back plate. Once removed the hinges were clamped vertically in the drill press and the pin remains drilled out.

I will need to tidy up saw marks from the hinge so they can be re-used (I dont appear to be able to buy new hinges) and I will need to manufacture new hinge pins (I cant buy those either) but temporarily a 6mm bolt is slightly too small so the hinge has free play that should not be there, but it is good enough for me to fit the door and see where the rocker panel needs to go.

Needless to say, this took a LOT longer than it took to write this – a couple of weeks, but the drivers door is now in position. What surprised me is the panel gaps around the door are tiny – about 1mm. On a modern car they are more like 3-6mm. Coach-building standards were quite impressive back then. 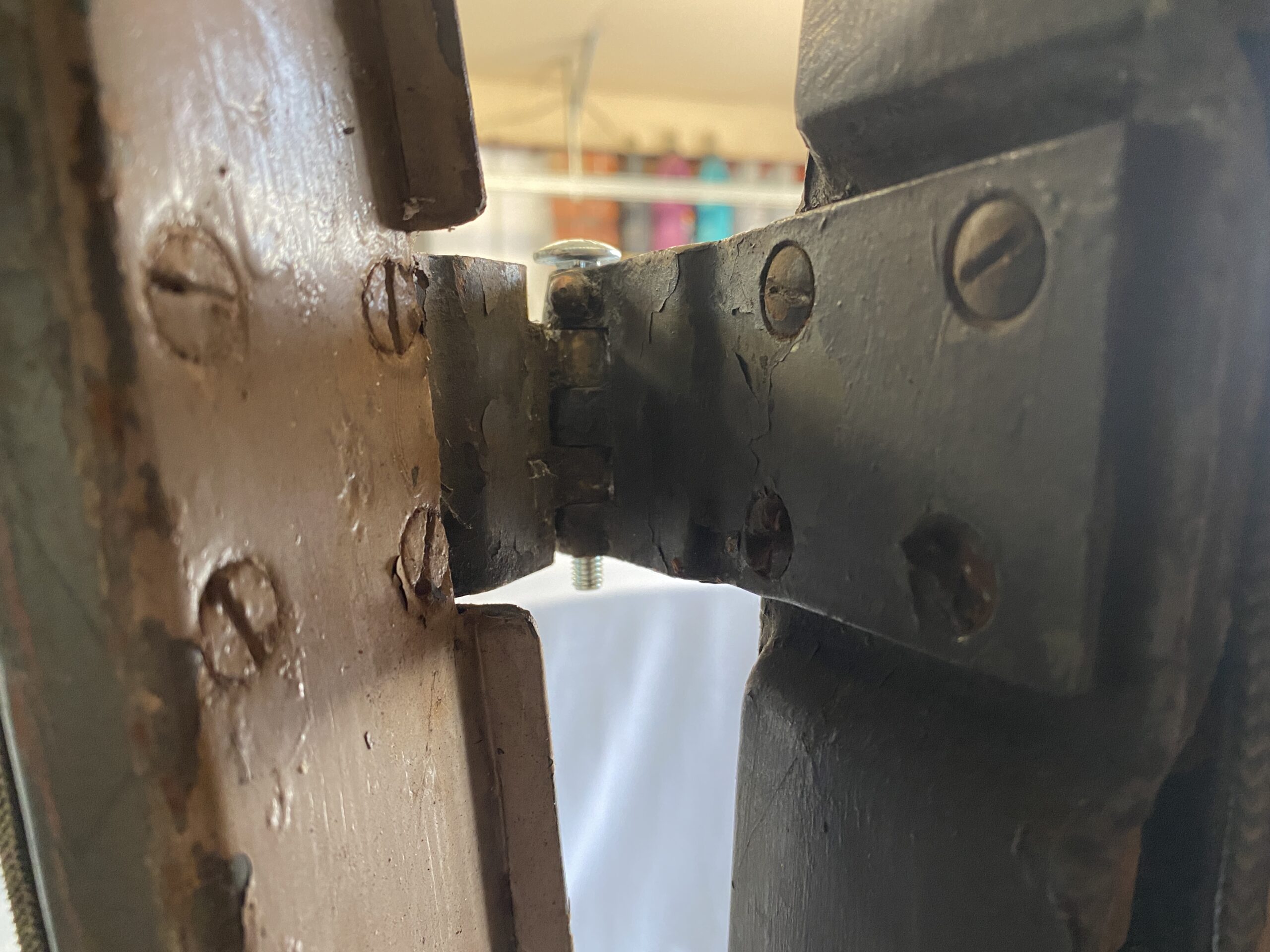 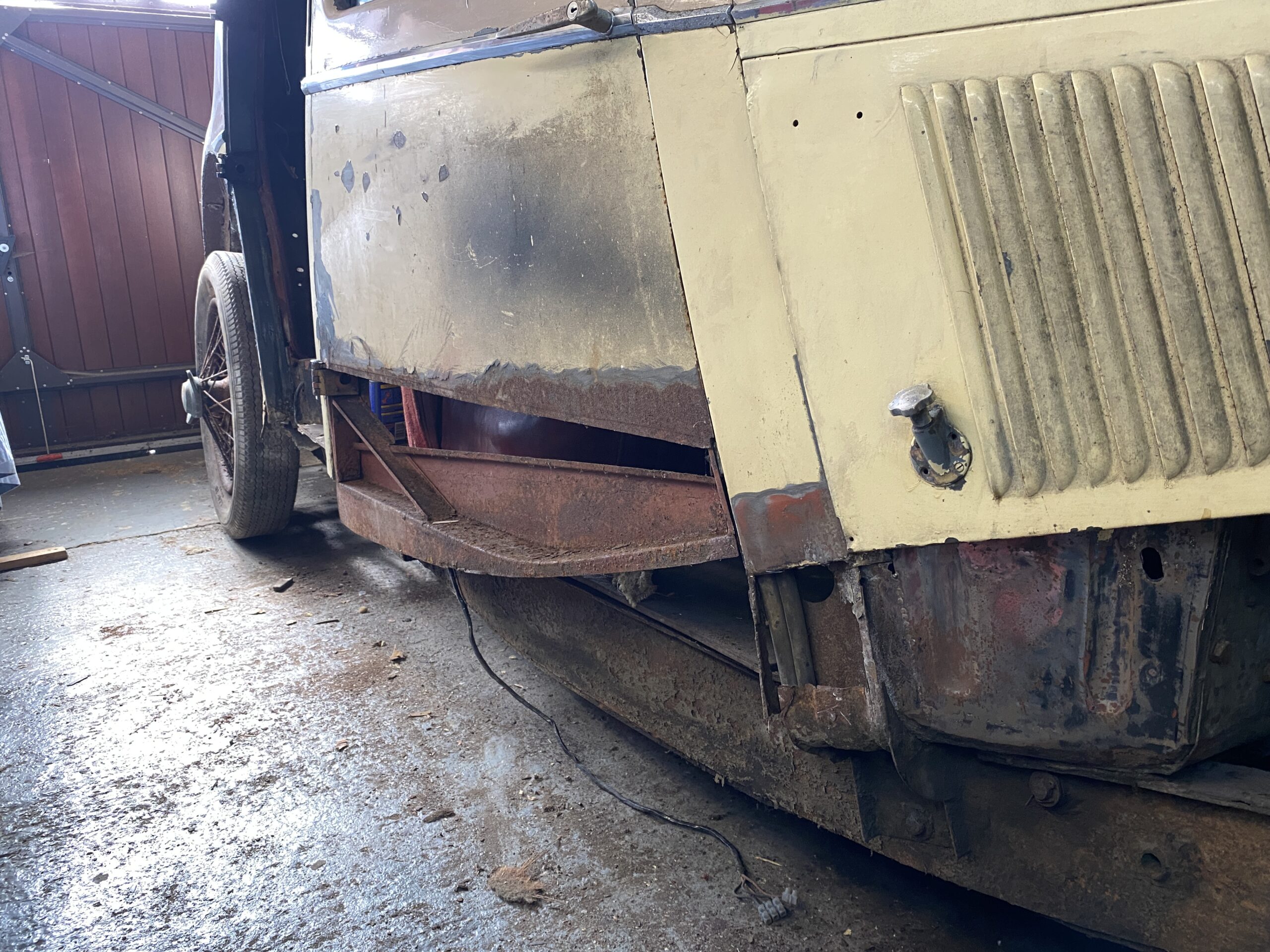 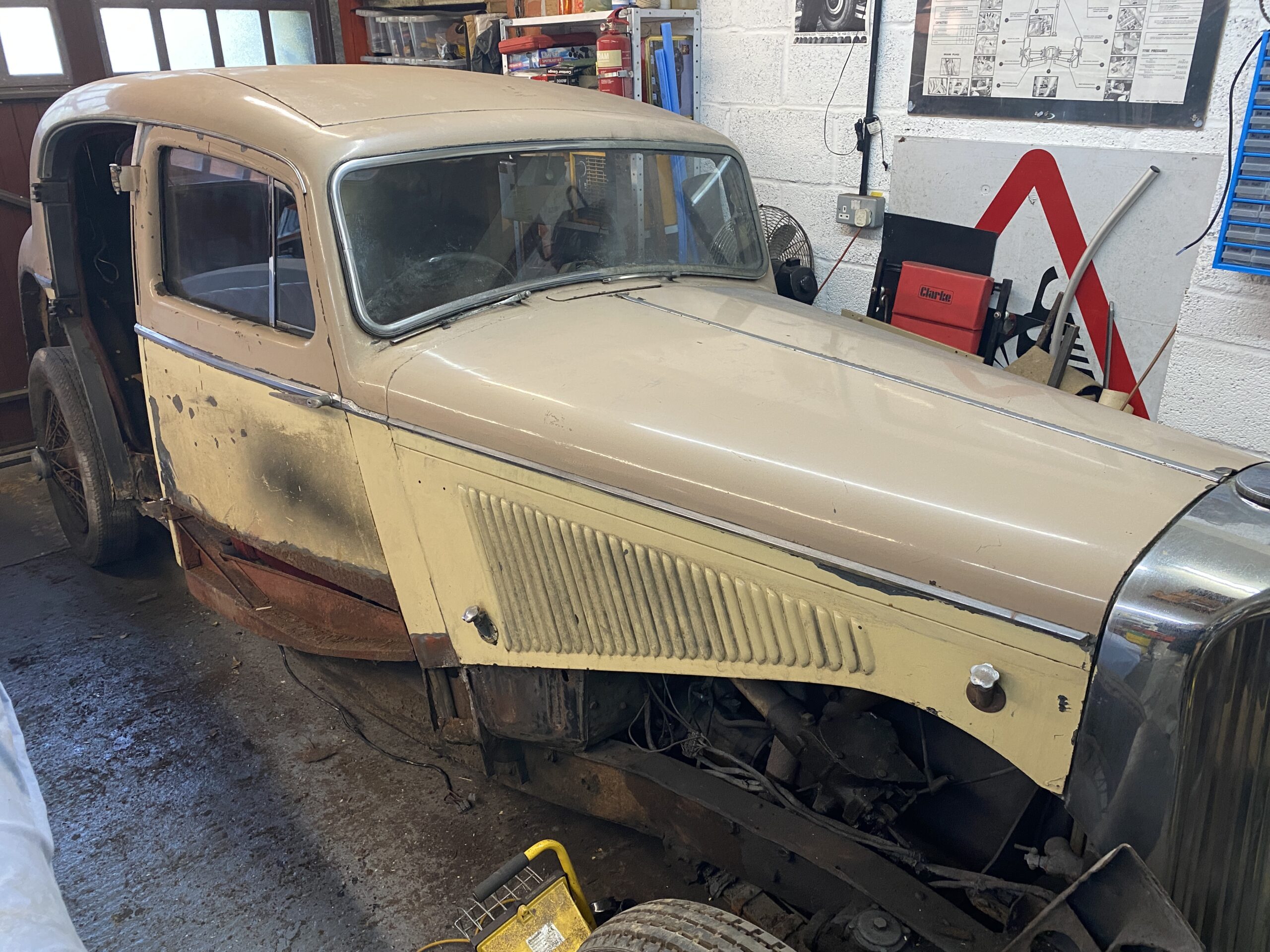 Now I can see where the bottom of the door is – I can work out where to fit the Rocker Panel so that it misses. Repairing the door skin is definitely not a priority on the job list. But it was fun freeing up the door locks, window winder and the quaint quarter light window that opens with a rotary handle. I was rather pleased to find the door closes under its own weight – which is very classy indeed.