First Wash for many years 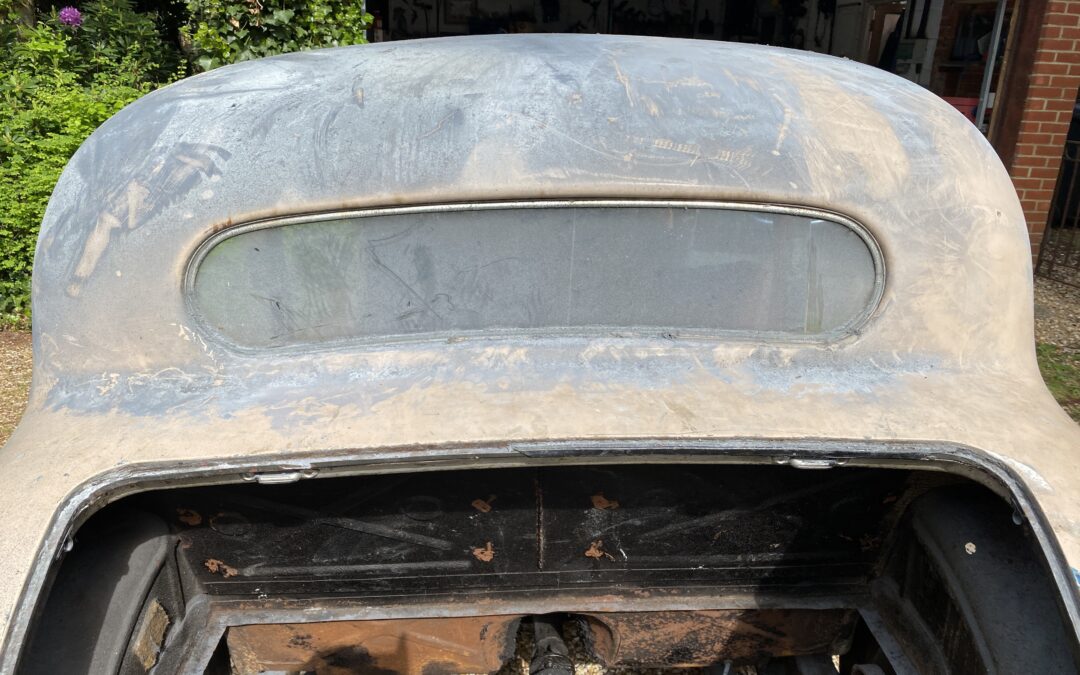 Working on dirty cars is not as nice as working on clean ones. Clearing off years of grease (some of it will date back to the 1940’s) is a whole different ballgame but I will get to that at some point, but initially, I wanted to wash off all the dust from years of sitting in storage as that helps me get closer to knowing every inch of the car and to be honest the significant amounts of dust will not bring any benefits to breathing – so I pushed the car out onto the drive and went to collect some cleaning materials. Naturally, at that point, the restoration god decided to have a laugh and made it rain…

I was not to be put off though, the gentle rain would deposit a constant flow of clean water onto the car which I could use to rinse off the worst of the grime and it didnt take too long to reveal the paint that Steve had applied by hand all those years ago. It looks very different now that it has been washed and hoovered out.

You can actually see through the windscreen and rear window glass. I also gently wiped down the instrument panel and the drivers seat (the only one still in the car) and it was at this point, sitting in the car, that I began to really fall in love with the car – thoughts of sitting there surrounded by acres of polished walnut and leather whilst rolling along through the countryside with my beautiful (and very understanding wife) began to creep into my mind. The instrument panel and all those old gauges are lovely, this was a quality car back in its day and it shows.

One of the features of these old cars is that the windscreen opens up by turning a cute little handle at the top of the instrument panel. I wonder… yes the handle turned albeit reluctantly, but with some gentle back and forth movement I could see the windscreen moving so continued with slowly increasing the movement until the handle rotated fully and I could put some releasing fluid on the mechanism and on the hinges. Some more gentle easing and the handle rotates freely and the window opens up just like it should – to almost horizontal. I bet that lets some air in…

I then turned my attention to the sun roof and similarly with a little gentle persuasion that too opened fully and be greasing the runners it slid back and forth quite freely. It doesn’t fully shut because the sealing rubber has gone hard but making the sliding roof function nicely is a job for another day. Both of these niceties are not really where you should start a restoration but it is nice for a feel good factor.

I have previously used ‘de-oxidising’ spray on aluminium as a quick way to remove the dust like coating that appears after a few years and is a great precursor to re-polishing aluminium so I wondered if it would also remove oxidisation on chrome and it certainly does! I first tried it a small area of the windscreen chrome. All it takes is a light spray and some mild agitation with a brush, then you leave it for a few minutes and wash it off. The difference was remarkable – WOW!

So I thought I would do a before and after on the radiator grill as that has a lot of chrome and I thought the chrome was probably beyond recovery… but you can see the difference in the photos. I have NOT polished the chrome at all – the difference is purely down to the de-oxidising fluid, polishing (not important right now) will bring it up nicely,  not good enough for a show car but quite acceptable as an interim for a car that is driven.

Click on any picture to see a larger version. 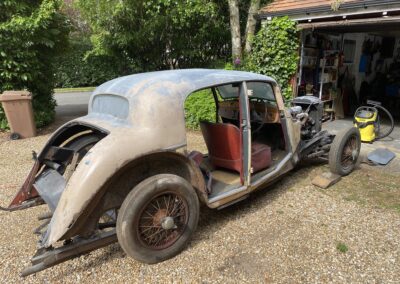 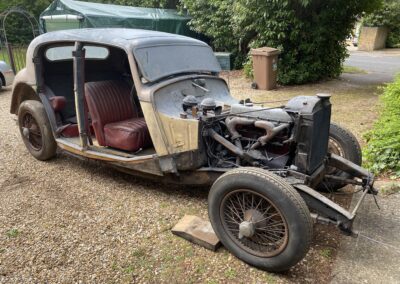 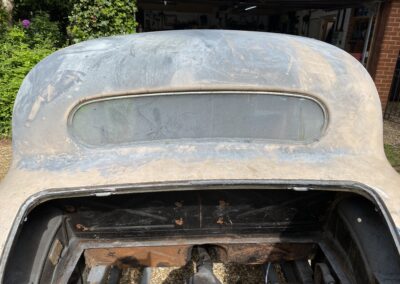 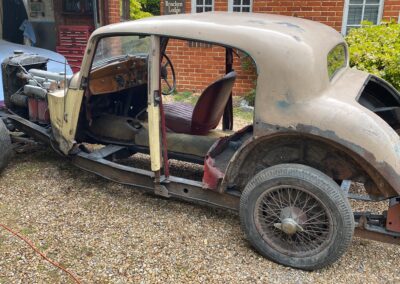 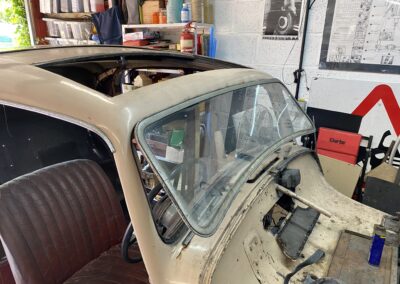 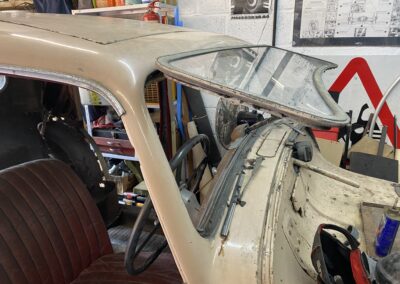 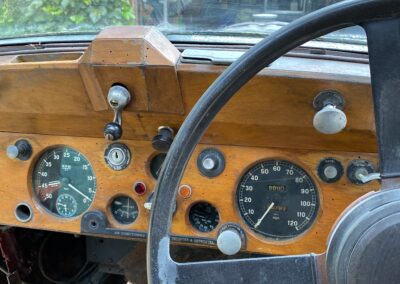 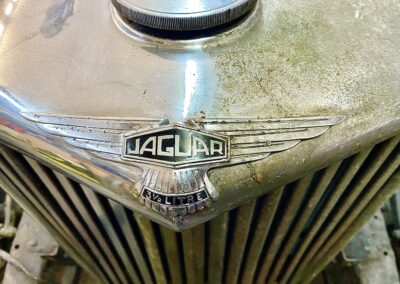 Wow – look at the difference 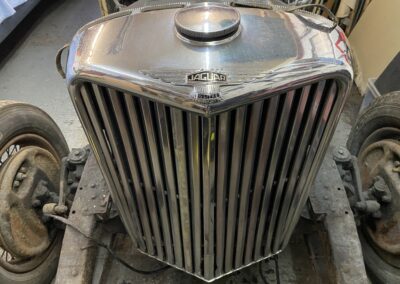