In September 1922 William Lyons, together with business partner William Walmsley, founded the Swallow Sidecar (SS) Company, laying the foundations for a business that would evolve into the Jaguar marque that we know and love.

The Jaguar Saloon, which dealers retrospectively referred to as the ‘Mark IV’ after the launch of the Mark V at the Earls Court Motor Show in 1948, was available with a 1.5 litre, 2.5 litre or 3.5 litre engine and was effectively a re-badged version of the pre-war SS saloons launched in 1938.  The Pre-war saloons were known as SS-Jaguars but following the war, the marque dropped the SS designation in favour of “Jaguar” who went on to produce nearly 3,600 right hand drive versions of the 3.5 litre model between 1946 and 1949. Jaguar Heritage believe that there are now just over two hundred 3.5 litre models still surviving. Certainly they were produced in much lower numbers that the more fuel efficient 1.5 litre models. With its 3.5 litre engine developing 125 bhp it was capable of over 95 miles per hour which was considered impressive for a luxury saloon at the time.

The subject vehicle was owned by ‘Steve’ a fellow member of the Surrey Jaguar Enthusiasts Club (www.surrey-jec.co.uk) for many years. He purchased the car in 1968 when it was just 22 years old but it needed some work and after some ‘enthusiastic’ repairs the car was put back on the road in 1970. He used it for his honeymoon in 1971 and it was in regular use until 1973. Steve used to marshal car rallies and sadly it was at one of these events that he had a coming together with a midwife’s mini van when she pulled out in front of him and she discovered that 2.5 tons of old car fitted with rod operated drum brakes was not going to be able to stop very quickly. The end result was a written-off mini van but the Jaguar merely had a badly damaged front wing. The damaged (but drivable) Jaguar was dispatched to a lock-up garage where it stayed until 1980.

During that time, Steve fabricated quite a lot of repair panels whilst attending a car restoration course at Brooklands technical college. Unfortunately that stopped after 3 years when they released the lecturer. The panel fabrication slowed to a halt and the car was moved back to the garage at his house where it languished, collecting a thick coat of dust until 2022.

At this point, I enter the story. At a JEC Club night, Steve mentioned that he was seriously considering selling the ‘MK4’ having acknowledged to himself that it would probably never get the attention it needed. The big Jaguar was consuming a lot of space and he wanted to focus on completing his vintage Morris Minor. I popped round to his garage to see if the restoration was something I was capable of taking on myself and after a lot of consideration, I determined that whilst the work looked significantly daunting (to me), it was a project that was definitely worth doing although it would probably stretch the limits of my restoration experience.

The car definitely needs a lot of love and I respect that it will be a major undertaking – there is quite a bit of rust in the lower quarter of the car and not much in the way of ‘owner manuals’ or ‘construction guides’. Luckily for me, during his time at the college, Steve had fabricated a lot of repair panels already and any complex fabrication that required an ‘English Wheel’ had already been completed. The major repair components like sill sections and inner wheel arch repair patches were ready for fitting and Steve had pretty much completed significant repairs to all four wings. Without his having done that – I very much doubt I could have considered taking over the restoration. Thank you Steve, the repairs to the front wings are very well executed and I am humbled by your superior bodywork skills, especially as I now know that you did all the repairs using oxy-acetylane.

Knowing that I will restore the car and that it would be kept ‘in-the-club’ so to speak, a mutually agreeable price was determined and a gentleman’s handshake sealed the deal.

My new restoration adventure begins: The aim will be to have a good usable car that can be driven, displayed at shows and enjoyed – but it will not be a concours show queen. I suspect I will have to learn new skills, but I really look forward to the challenge. 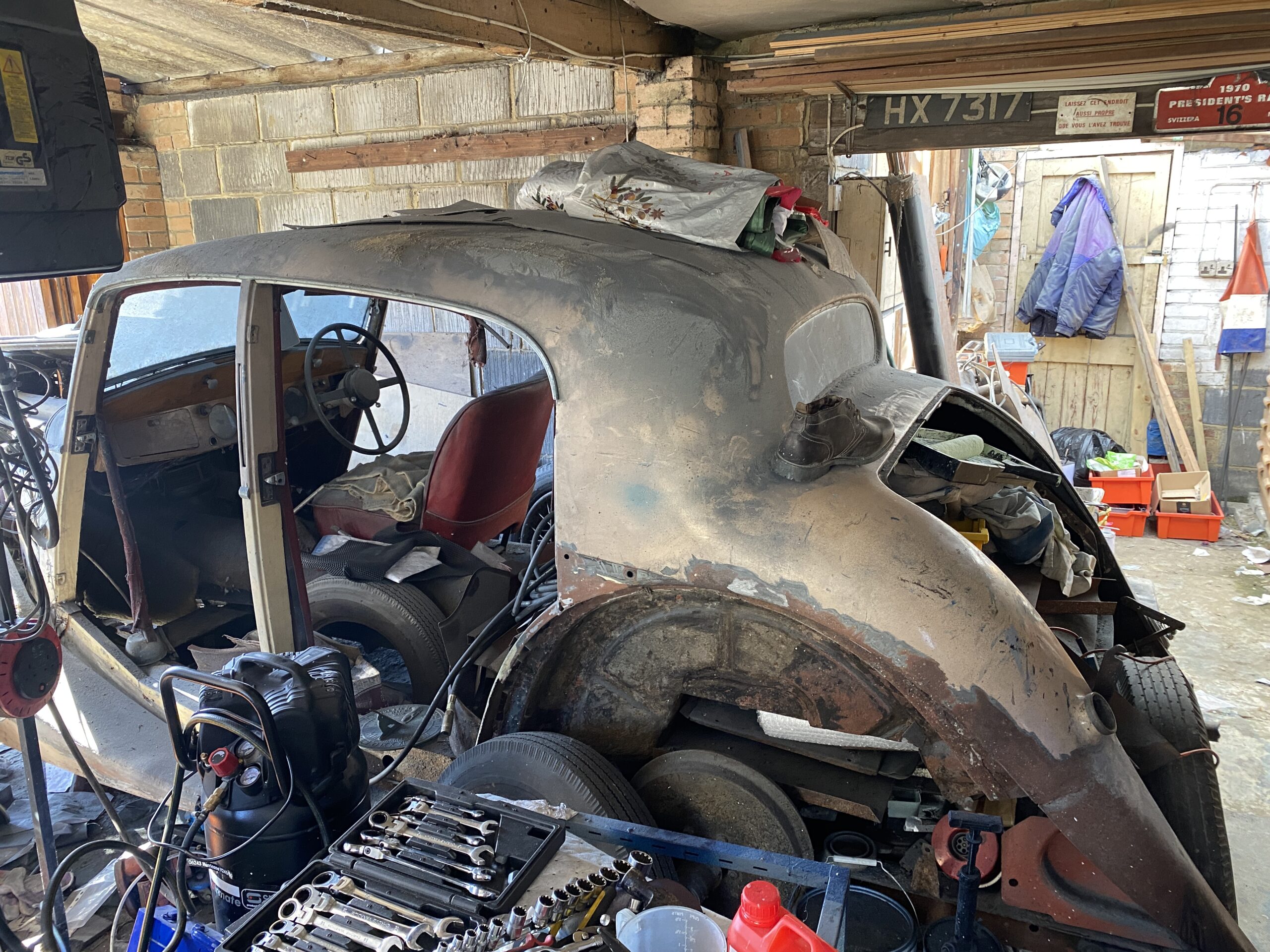 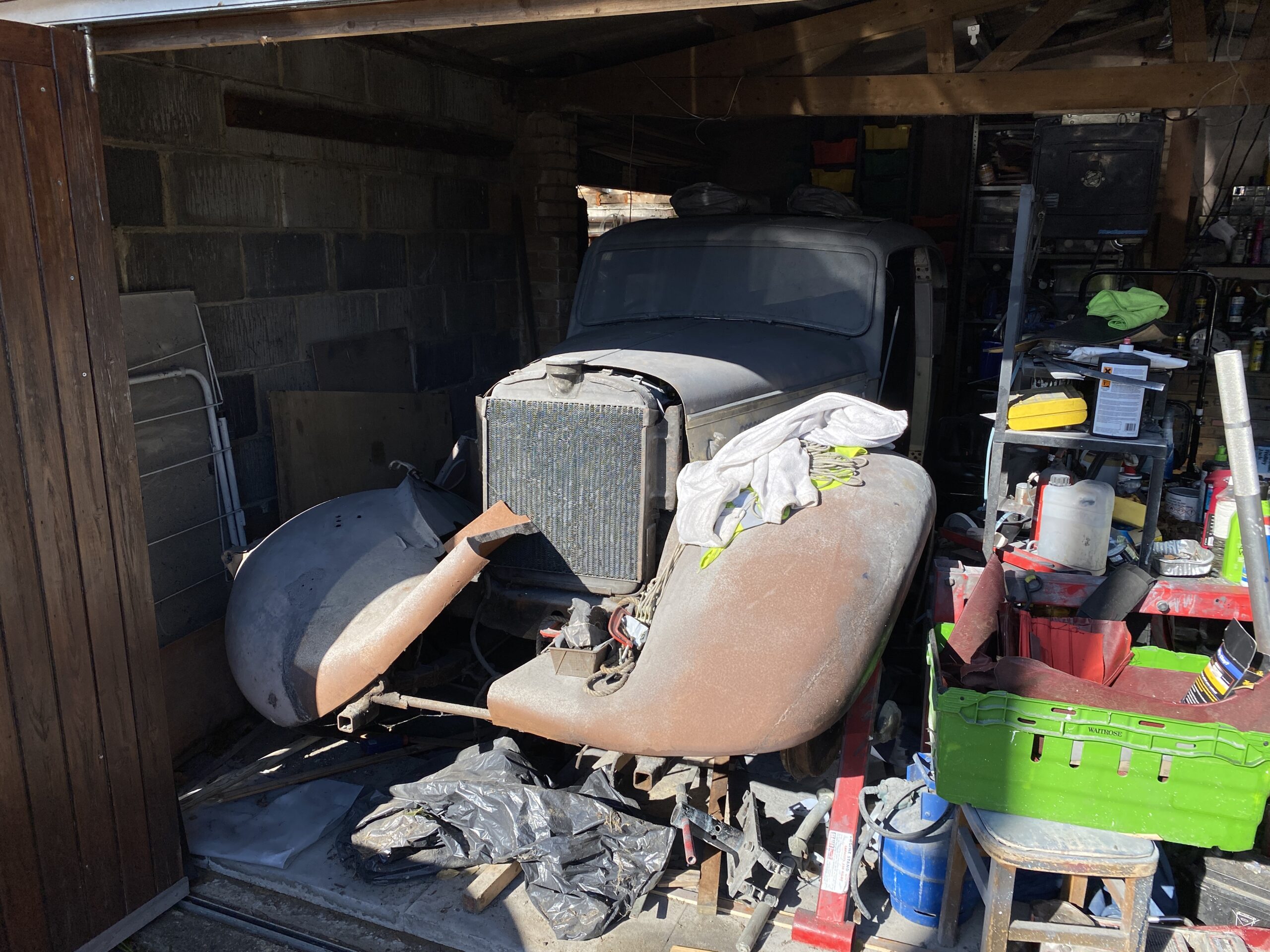 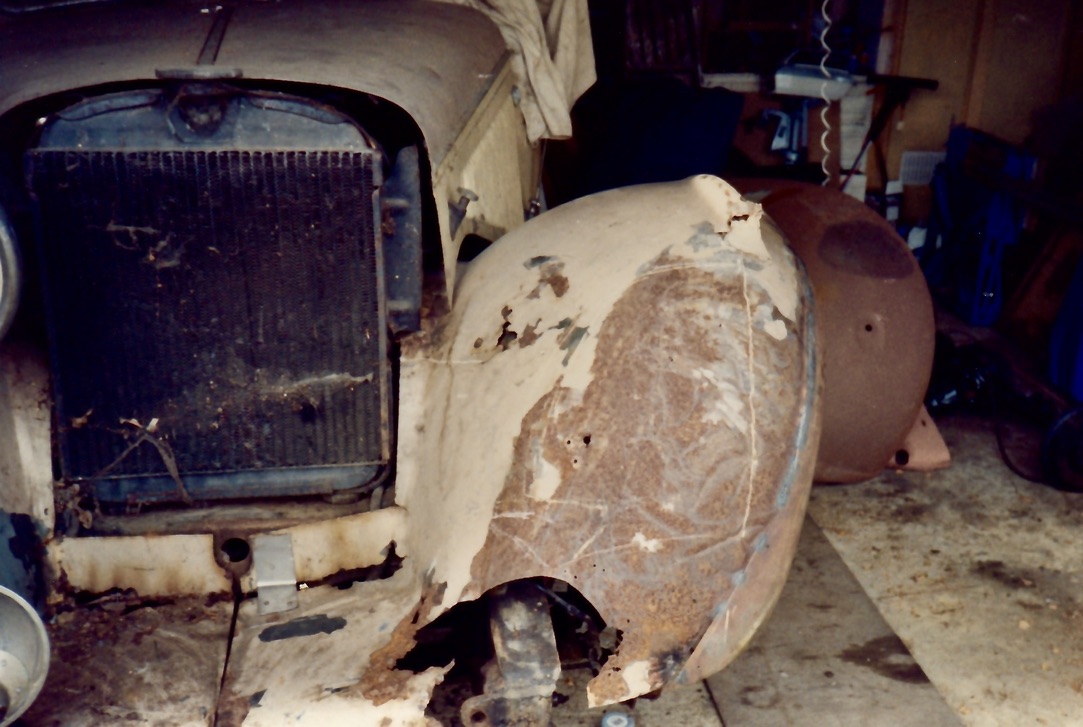